Donald Trump Jr. went into enemy territory on Thursday prepared for a fight, and a fight he got.

Minutes into his appearance on the left-leaning daytime chatfest “The View,” co-host Joy Behar rattled off a laundry list of President Trump’s mishaps and controversial moments when Trump Jr. reminded the panel that “we’ve all done things that we regret.”

The president’s oldest son, who was joined on the show by his girlfriend Kimberly Guilfoyle, went on the offensive, accusing “Joy Behar of once using “blackface,” and calling out Whoopi Goldberg’s past comments diminishing the seriousness of director Roman Polanski’s sexual assault of a minor. Then, when the show went to commercial, Trump Jr. took to Twitter to continue the barrage.

“We’ve all done things that we regret. Joy, you have worn blackface,” Trump Jr. said at one point during the contentious segment. “Whoopi, you said that Roman Polanski… it wasn’t ‘rape-rape,’ when he raped a child.”

In the span of 10 seconds, @DonaldJTrumpJr called out Joy Behar for wearing blackface 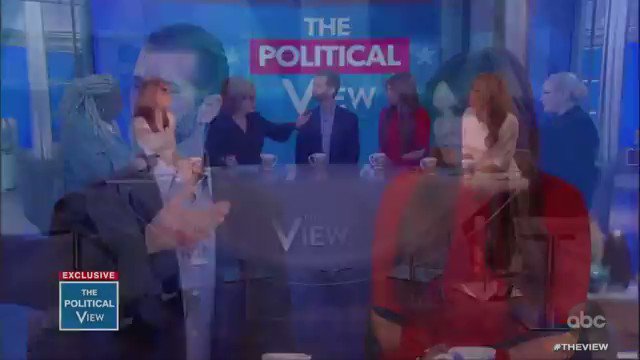 4,068 people are talking about this

Goldberg snapped back: “Now that you’ve broken this piece of ice, because I guess it is the fight you wanted…are you questioning my character?”

“I’m not questioning your character. I’m talking about, you’re questioning my father’s character and I say we all have done and said things,” Trump Jr. said before being interrupted by Goldberg.

Behar, an outspoken critic of President Trump, denied wearing blackface. However, Trump Jr. tweeted a 2016 clip showing Behar admitting she wore the offending getup along with a picture of her in the costume. Earlier this year, footage of Behar dressed up as a “beautiful African woman” was resurfaced by TheWrap amid a series of blackface scandals making national headlines.

Here’s @TheView‘s Joy Behar admitting on national TV that she in fact wore blackface. Why are they denying it now? https://twitter.com/LevineJonathan/status/1093272835076837377 …

The show even ran an image of the old photo 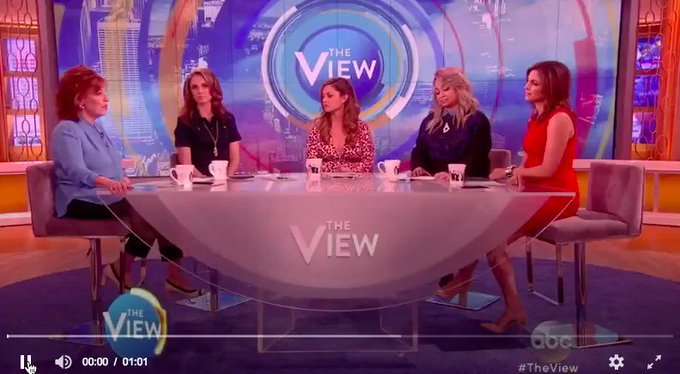 6,464 people are talking about this

Trump Jr. did the same for Goldberg, tweeting a link to an article featuring her cringe-worthy quotes about Polanski.

Whoopi Goldberg is facing a fierce backlash after saying that film director Roman Polanski didn’t commit “rape-rape” when he had unlawful sex with a 13-year-old girl.

4,634 people are talking about this

ABC News did not immediately respond to a series of questions, including whether or not Trump Jr. will be invited back on “The View.”

Video: Buildings Trashed, Burned Down in Protest Across Minneapolis Overnight

Watch a Paraglider Keep His Cool Despite Facing Certain Death